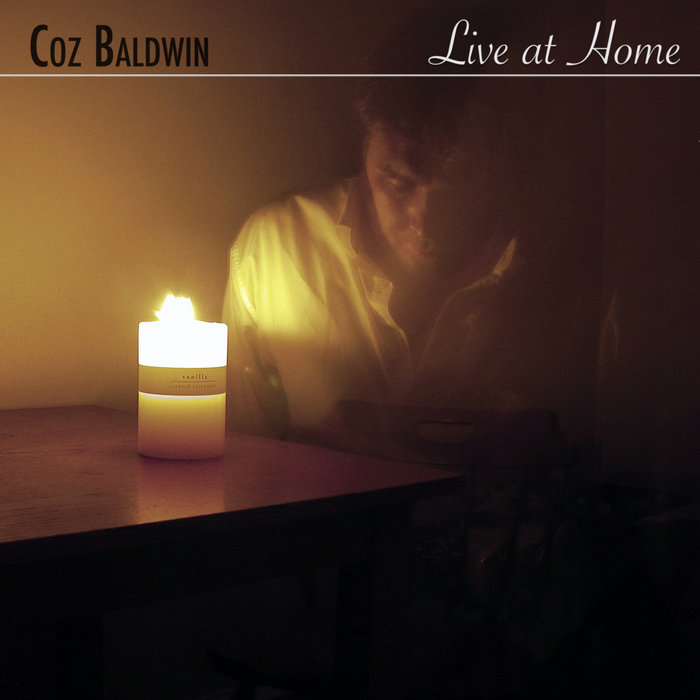 "Live at Home" is primarily a collection of covers with a couple original songs that have been waiting 15+ years to see the light of day. What was originally going to be an EP of live, acoustic recordings has now turned into Coz's first foray into home recording.

All Instrumentation - Coz Baldwin
Words and music credits are on listed on each song.
Producer/mixer/mastering - Coz Baldwin

Thank you to Jennifer Hood, Ross Federman, LAF, Kevin and Liz Van Horn, my Soiree Family, and everyone that has been enjoying this ride with me, encouraging me to continue going forward. To all the artists I've covered: I hope I've done you proud. To my future self: Don't hate on this too much. This was the best I could do at this time in my life and I'm happy with it now.

Coz put together his first band at age 17. By 19 he was in the studio recording his solo debut, "To whom it may concern...". After that, he was the lead singer of the hard rock band, Circuit Theory. Now, 20 years after his first solo album, he's recorded his 2nd. "Live at Home" is a collection of covers with two original songs which have been waiting 15 years to see the light of day. ... more

Bandcamp Daily  your guide to the world of Bandcamp

Cannibal Corpse's George "Corpsegrinder" Fisher stops by for an interview